Where to begin with Paul T. Goldman, the new Peacock docu-comedy largely written by and starring Paul T. Goldman himself? Perhaps it is necessary to explain who and what Paul T. Goldman is. He is a Florida man nearing the end of middle age, twice-divorced, father to a now-adult son, bouncing from boring job to boring job. But he is also — maybe? sort of? possibly? — the protagonist of a real-life suspense thriller involving deceit, fraud and sex trafficking.

Or perhaps he is simply the comic punching bag for Borat: Subsequent Moviefilm director Jason Woliner, who has been trying to bring Paul’s story — in its many layers of truth, self-aggrandizement and outright fiction — to the screen for over a decade.

“I have been asked countless times, ‘Is this for real? Did this stuff actually happen?’ I couldn’t make this up,” Goldman insists in the opening minutes. “Nobody — nobody — could make up this shit.”

What Paul T. Goldman presupposes is, maybe somebody could?

The six-episode miniseries, produced by Seth Rogen, opens with text explaining that Goldman — whose actual name is Paul Finkelman — contacted Woliner in 2012 in the hopes of turning his memoir Duplicity: A True Story of Crime and Deceit, into a film. Rather than do a straightforward adaption of the book — in which Goldman alleges that his second wife, referred to as “Audrey Munson” for legal reasons, was secretly a prostitute and madam — Woliner turns it into a multi-level investigative piece. We get dramatizations of the events described in Duplicity, all written by Goldman, with recognizable actors like Melinda McGraw, W. Earl Brown and Dennis Haysbert playing characters, and Goldman playing himself as a younger man. (The hair and makeup are not convincing, perhaps deliberately so.) But those intermingle with talking-head interviews featuring Goldman and the real versions of other figures in his life, plus lots of footage of him interacting with Woliner and his co-stars, whose reactions to him range from polite bewilderment to thinly-veiled concern, if not deep unease.

It is a bit The Rehearsal (Woliner directed a handful of Nathan For You episodes during the long period when he was trying to sell Paul T. Goldman), a bit The Disaster Artist, and very strange all around. It is ridiculous, it is sad, and it is often deeply uncomfortable, even if it’s unclear whether more of our ire should be directed at Goldman or at Woliner, or if we should be mad at all.

Woliner gradually peels the confusing onion that is Paul T. Goldman. What starts out as a fairly simple, relatable and believable story quickly becomes more convoluted and implausible, even as Goldman keeps insisting with a smile that it’s true. Over time, though, Woliner gently pokes holes in the tale, and even Goldman begins to acknowledge the various things he had to invent because of an information vacuum. A private detective he hires, for instance, gets video of Audrey gesturing toward the sky with a group of younger women, but from such a distance that there’s no audio. So Goldman writes it up as a prayer circle for his ex’s alleged prostitution ring, and invents a catchphrase for the group: “Fast as you can, slam the man.” (He even has T-shirts printed with the slogan, assuming the show will be a big enough hit that he can sell tie-in merchandise.) He acknowledges that he never met Audrey’s purported pimp, and that he based the character on various pimps he had seen in movies and television. Melinda McGraw, who plays Audrey in the dramatizations, acts friendly toward Goldman, even protective of him, but whenever he talks about how various scenes are word-for-word from what happened to him, she can’t hide her skepticism.

The humor of the series comes less from this debate over fact versus fiction than it does from Goldman’s amateurish showbiz skills. McGraw and others act him off the screen without even trying. Goldman the writer does Goldman the performer no favors with clunky, expository dialogue like, “So, Audrey, how are things going for you on this Jewish singles site that we’re on?”

But over time, even the absurdity of this aging nebbish trying to present himself as an action hero gives way to the dawning feeling that what Goldman is doing is not healthy for him, for the people he cares about (he invites his first ex-wife and their son to watch actresses audition to play her in a very unflattering scene) or perhaps for anyone other than Jason Woliner.

In one episode, Goldman decides he wants to dramatize the process of making the series, and to have Woliner play himself. Woliner has no interest in following Goldman down this particular rabbit hole, and hires actor Jake Regal. As Regal watches these bizarre proceedings, he becomes the latest participant to wonder exactly what is happening and whether any of this should be filmed.

“I think people will have mixed feelings about Jason Woliner,” Regal acknowledges. “Is he using someone? Or is he offering something to someone? Like, he sort of gets to make that choice. Is he abusing the trust of this person, or is he going to honor his story in whatever way he can?”

This is the conundrum of many documentaries about dreamers. In the press notes, Woliner compares Goldman to non-fiction film subjects like Mark Borchardt, from 1999’s American Movie, about Borchardt’s fumbling attempts at being a filmmaker. That movie, like Paul T. Goldman, seems to toggle back and forth between mocking its protagonist and sympathizing with him. At times, Woliner is able to do both at once. He makes you root for Goldman even as Goldman also comes across as an arrested development case at best, a creep at worst. (He gives direction to an actress playing a sex worker, telling her to play her more as a “ditzy blonde, typical hooker.” He’s giddy afterward, declaring, “Would I have made a great pimp or what? Giving instructions to the girls!”) But in others, it just feels sad, in the sense that Woliner is exploiting Goldman’s apparent delusions without concern for how the show might impact him or the other real-life figures in the story. (American Movie ultimately seemed to feel much more affectionate toward its subject than this project does.)

Whatever moral quandaries the show presents, it’s never dull. Peacock also held back the last episode from critics, and the conclusion is incredibly important in a project like this. (A lot of the good vibes from The Rehearsal, for instance, fell apart in its tone-deaf season finale.)

Late in the season, Frank Grillo plays a badass mercenary who teaches the fictionalized Paul how to shoot, fight, etc. Between takes, Grillo tells the camera, “I’m having kind of a fun time,” in a puzzled, mildly alarmed tone that has become familiar by that point from the other actors. The surface aspects of Paul T. Goldman are definitely fun, maybe enough to carry viewers through the whole thing. (Episodes are about a half hour each, which helps a lot in that regard.) But don’t be surprised if you also begin questioning exactly how fun a time it really is.

The first three installments of Paul T. Goldman begin streaming January 1 on Peacock, with the remaining three being released weekly on Sundays. I’ve seen five out of the six episodes. 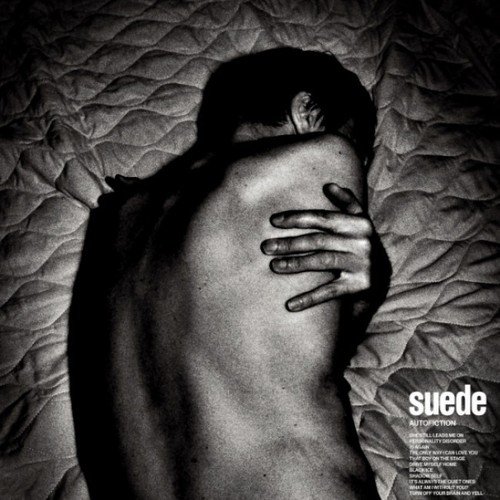 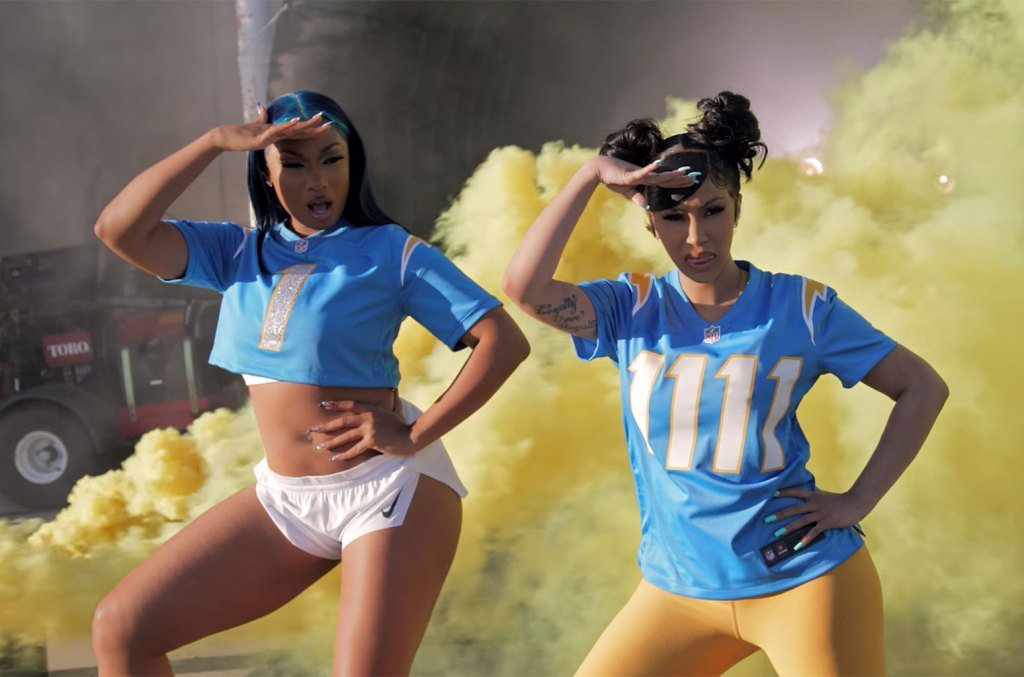 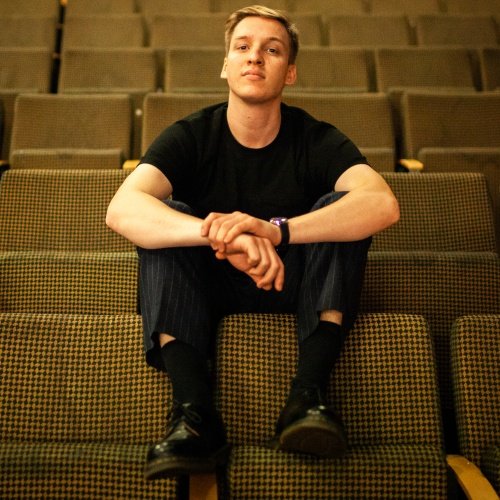 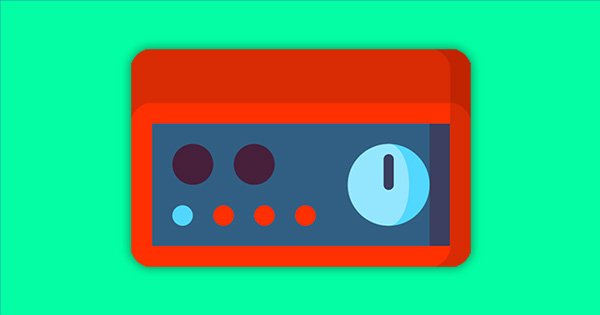 3 of the Best Audio Interfaces Under $200