How to Make a Juice WRLD Type Beat


After the tragic passing of Juice WRLD and the subsequent explosion in popularity of emo trap, it’s no surprise that there’s a cottage industry of Juice WRLD type beat makers.

In the majority of his tracks, you’ll hear all the classic hallmarks of trap music—clicky tripleted trap hats, booming 808s, chunky kicks and brooding synths.

But, where Juice WRLD type beats departed from mainstream trap is with its punk rock and emo hardcore influences.

In this article, we’ll break down everything you need to know about making an authentic Juice WRLD type beat.

In this article, we’ll break down everything you need to know about making an authentic Juice WRLD type beat.

By the end, you’ll know how to arrange and layer all the various parts of a Juice WRLD type beat into an awesome track.

They’re exactly what you need if you want to produce in the style of the legendary producer, so definitely check those out.

1. Start with a guitar loop

Emo trap draws a lot of inspiration from emo and pop punk. Riffs inspired by the likes of Blink 182, The Offspring or My Chemical Romance should be your go-to here.

They’re often written in a minor key and use tons of distortion. Depending on what you’re going for you’ll have to decide whether you want something plucky and light or chunky and heavy.

In my type beat, I used both a plucky guitar loop to get things started and then a big chunky guitar part with a ton of distortion to bring things to a peak towards the end.

Here’s the plucked guitar part I used and how it sounds when I combined it with the heavier emo guitar part.

Trap drums aren’t known for being simple—especially when it comes to the fast and complex patterns trap hats typically use.

Here’s what I did in Ableton.

Rather than programming a hi-hat pattern myself into the MIDI roll, I went with a trap hi-hat loop that I felt was pretty authentic and suited what I was going for.

Rather than programming a hi-hat pattern myself into the MIDI roll, I went with a trap hi-hat loop.

I like that it used an open hat on the and of one, making space for a simple 808 clap on the backbeat (the two and four beats).

After that, I programmed the kicks using a kick sample I cut in Ableton Simpler from one of the full drumkit samples.

The kick sample had a high hat over it, but I used a low-pass filter to cut it out—which left a bit of punchy high-end energy to help emphasize the sub-heavy 808s.

The rhythm of the kicks essentially mirrored the 808 basslines I wrote with the 808 bass sample—I copied the 808s rhythm into the kick’s MIDI roll and made sure it was all on the same pitch key.

808s are probably the most important staple in trap music beatmaking—and, they can be pretty tough to get right.

The challenging part about modern 808 production is the amount of variation in how they’re used.

In emo trap, 808s are often used as melodic bass lines, not just as a boomy kick.

In emo trap, 808s are often used as melodic bass lines, not just as a boomy kick.

So if you want to get an authentic 808 sound, you’ll need an 808 sample that lends itself well to pitch mapping on a keyboard or MIDI roll.

That means a longer decay with some amount of higher resonant frequencies added in. Your best bet is to find a sample of a more melodic 808 sub-bass or use an 808 plugin.

In my type beat, I chopped an 808 sample from one of the 808 loops in the sample pack and then mapped it to a MIDI keyboard using Simpler.

Then I wrote a bassline that followed the guitar sample—using octaves and Simpler’s glide feature to create a wobbly effect.

I also added some compression and saturation to make the 808s punch a bit harder. Here’s what that looked like in Ableton.

Elsewhere in my mix, I’ve made sure that none of the samples are taking up low-end space by using a high-pass filter to clear the low-end and make sure only my 808 is using up sub-frequencies.

Another big part of any Juice WRLD type beat is their use of melancholic synth lines that run in the background throughout.

The sound I used in this type beat is based on some vintage FM or analog synth that’s definitely polyphonic—I chose it because it reminded me of one of the loops from All Girls Are The Same.

And, to keep plenty of low-end space for my kicks and 808, I scooped out the lows using a high-pass filter.

This will ensure my bass and kick hits are clear and not muddied out by other instruments.

It’s written in a minor key, so that also lends itself well to the emo vibe of the sample.

Chimey loops of mallet instruments like bells or marimba are another great addition to consider when creating a Juice WRLD type beat.

I use a sample of some plucked instrument to create a distorted melody line that comes in during one of the type beat’s breakdowns—to me it sounds like a haunted xylophone.

To write the line I riffed on the G minor scale, which is the key the song is in.

In Juice WRLD tracks like Lucid Dreams, you hear a riser effect used at the end of many of its breakdowns.

Typically, risers use a whooshing, high-frequency sound that sound like a rising effect—like a jet taking off or the whoosh of a golf club.

They create a nice tension that releases when the producer drops the drums and the rest of the mix.

You’ll definitely want some good riser samples for any breakdown you create in a Juice WRLD Type Beat.

You’ll definitely want some good riser samples for any breakdown you create in a Juice WRLD Type Beat.

In this type beat, I used some crunchy jungle hi-hat samples and filtered out the lows to create a crashing sound that cascades with the help of Ableton’s delay plugin.

I also automated the low-pass filter to squelch the highs, helping to generate a rising effect.

I could easily spend a lot more time honing this type beat into something really special, but here’s what I ended up with—it only uses samples from the Juicy Type Beats sample pack, which I thought was a fun limitation to put on myself.

Here’s the full beat I came up with.

Of course, Juice WRLD’s reasons for success go far beyond the beats he rhymed over.

The emotional lyrics, heavy themes and heartfelt singing are what really captured the imagination of audiences and fans.

So, when you’re writing a Juice WRLD Type Beat, remember that you need to make space for the rapper with break-down sections and a minimalistic, less is more attitude to the production.

If you do that, and use a few of these tips I’m certain you’ll be writing emotional and attention-grabbing Juice WRLD Type beats of your own. 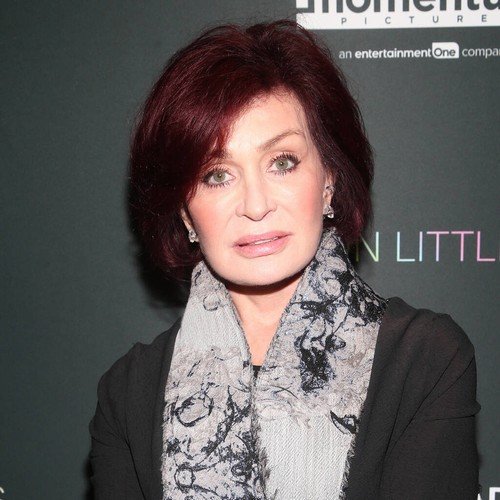 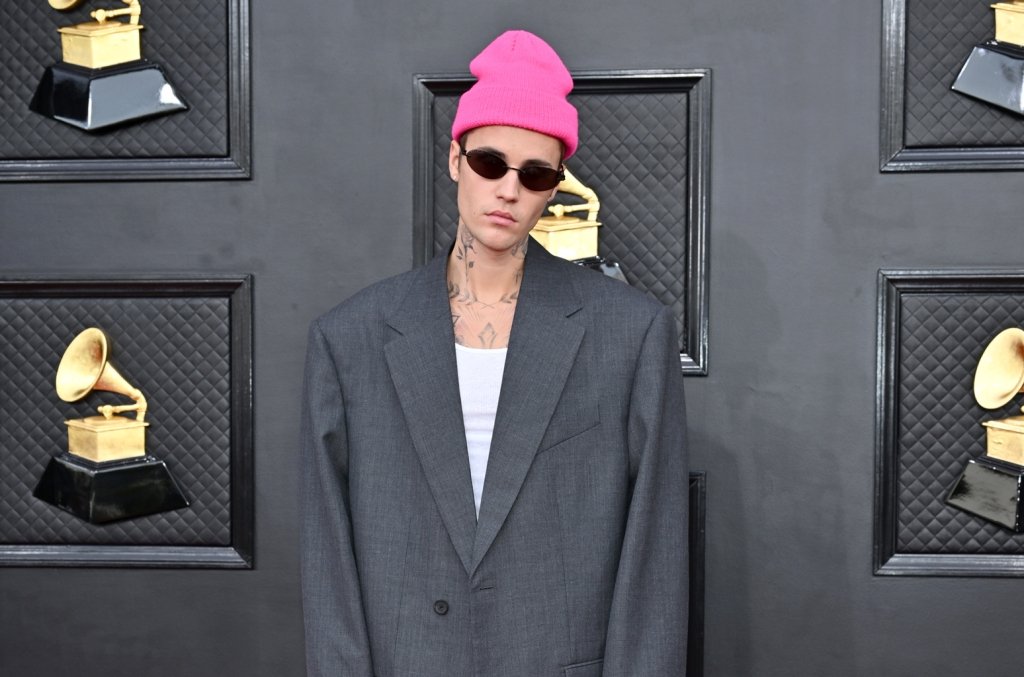 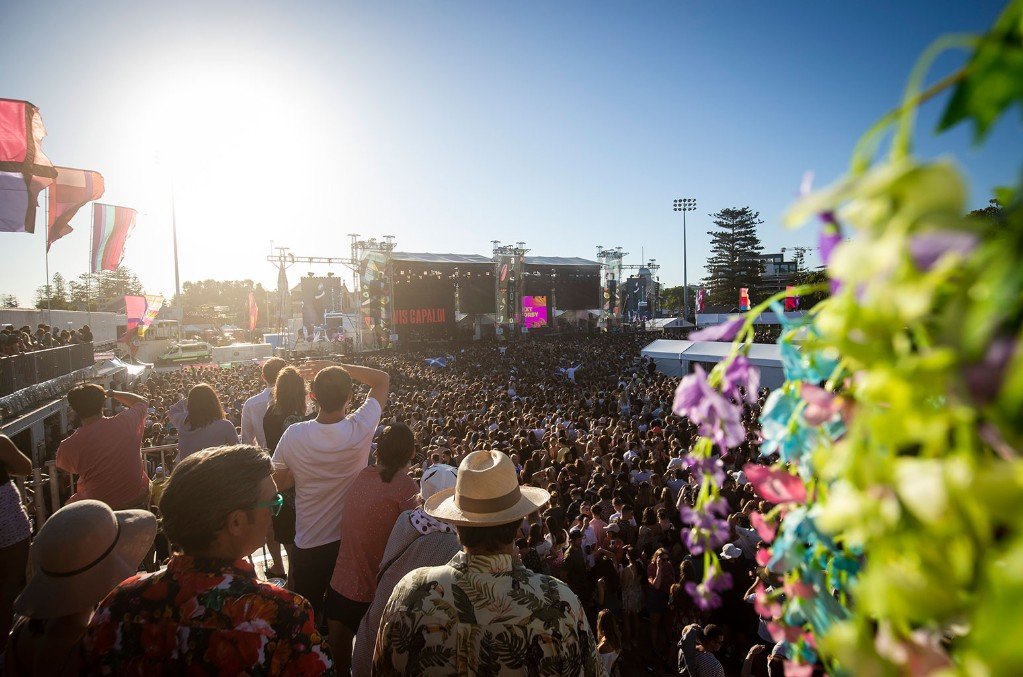 Australia’s Falls Festival Will ‘Raincheck’ Due to COVID-19 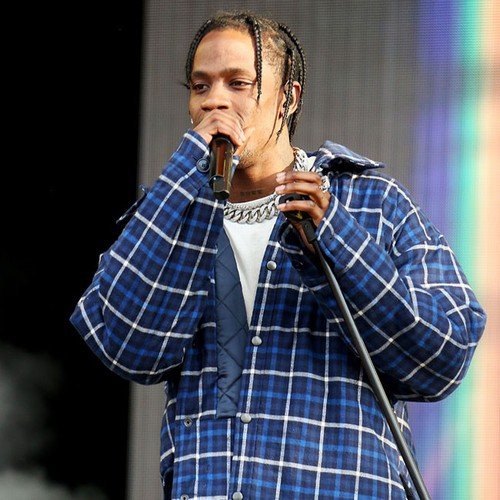