Late in the fifth season of Netflix’s The Crown, Queen Elizabeth (Imelda Staunton) asks her grandson William (Senan West) for help with the complicated remote control for the palace’s new satellite dish. As William flips through the many new channels in search of the BBC, Her Royal Majesty briefly finds herself watching Beavis and Butt-head. Much like one of her predecessors, she is not amused.

It is the Nineties, and Elizabeth has agreed to get the satellite dish because her old TV and antenna are no longer up to snuff. She spends much of this season wondering about obsolescence, from the state of her aging royal yacht, the Britannia, to her own role as monarch of Great Britain. Times have changed. Elizabeth begins this new season at the age of 65 — and as happened when Olivia Colman took over the role in Season Three, Staunton is immediately contrasted with images of Claire Foy as the young and fresh-faced Elizabeth —and finds the state of her royal family more precarious than ever. The cold war between Charles (now played by Dominic West) and Diana (Elizabeth Debicki) is about to explode out to where everyone can see it. Prince Philip (Jonathan Pryce) seems increasingly distant from her, and while Margaret (Lesley Manville) has mostly made peace with her corseted role within the clan, old wounds between the sisters still have a way of reopening. 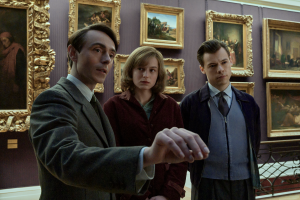 The Crown itself has come under some fire in the wake of the real Queen Elizabeth’s death in September. Dame Judi Dench wrote a letter to The Times of London accusing the show of being “willing to blur the lines between historical accuracy and crude sensationalism,” and asked that Netflix add a disclaimer about the balance of fact and fiction. Every docudrama mixes fact and fiction in exactly this way — Dench has starred in many such projects herself over the years, including one about another British ruler, when she played Queen Victoria in Mrs. Brown — but there was nonetheless a fear that the series might play as insensitive so soon after its primary subject’s passing. (Netflix did add a disclaimer to the Season Five trailer.)

These new episodes are largely of a piece with what creator Peter Morgan has done in chronicling earlier eras of Elizabeth’s reign. The show has always mixed recreations of extremely public moments with Morgan presenting what he imagines — or perhaps wishes, in some cases — what was happening behind the scenes. The difference here is that the royals’ private affairs played out far more publicly than ever before, particularly regarding the crumbling marriage of the prince and princess. Diana secretly collaborated with writer Andrew Morton on a tell-all book about all she had endured since becoming Charles’ marital second choice, and later sat for a divisive television interview with journalist Martin Bashir. Between the book, the TV special, and the news media as a whole becoming more willing to look behind the curtain that the royals had hid behind for so long, much less of this season feels as revelatory as prior installments.

It’s all still executed at a very high level, mind you. The new actors are all wonderful, even if West’s Charles (like Josh O’Connor’s before him) seems much more dashing than the genuine article. (One episode ends with Charles breakdancing at a celebration of his Prince’s Trust charity; West looks far more comfortable doing it than the real Charles did in 1985.) Morgan continues to wisely choose which events to build episodes around. And if he occasionally lays a metaphor on too thick — say, that Diana was recording the explosive Bashir interview on Guy Fawkes Night — his conception of each of his fictionalized subjects remains as strong as ever.

Still, the show has to figure out new ways to cover familiar ground, both within and without the stories it’s already told. Sometimes, it works smashingly, like the return of Margaret’s old paramour Peter Townsend (played with great charm and vulnerability by Timothy Dalton), and the way it reignites Margaret’s resentment over being forced to break up with him back in the Fifties. Manville, like Helena Bonham Carter before her, is not in a lot of the season. But Morgan gets great value out of her in this storyline, particularly an argument between the siblings where Elizabeth unsurprisingly fails to win any sympathy by insisting, “I denied you as Queen, not as your sister.”

The Charles and Diana part is trickier. We know so much about the circumstances surrounding their divorce, including the release of a recording of Charles talking dirty on the phone with once and future love Camilla Parker Bowles (Olivia Williams), that it’s hard to find new angles on any of it, even with West and Debicki killing it in these impossible roles. Morgan goes into the mechanics of how the Morton book and the Bashir interviews came together — including the many lies Bashir told to secure Diana’s trust and turn her even more against the royals — but even those have been much-discussed over the decades.

There’s also the matter of the series’ ever-widening focus. Margaret and Winston Churchill got a spotlight here or there in the early seasons, but Elizabeth and Philip were by and large the primary subjects of those years. The middle seasons with Colman and Tobias Menzies incorporated Charles and Diana a bit more. This new incarnation now has to juggle stories about Elizabeth, Philip, Charles, Diana, Margaret, new prime minister John Major (Johnny Lee Miller), and even wealthy businessman Mohamed Fayed (Salim Daw) in his attempts to buy his way into becoming a friend of the royals. (His son Dodi, played by Khalid Abdalla, also pops up, and will of course become more important in the sixth — and, as currently planned, final — season.) Charles and Diana’s divorce at times feels like the primary engine of the season, but then they’ll vanish altogether for a while as we catch up with Peter Townsend, or see Elizabeth travel to Russia to deal with some very old family business regarding the massacre of the Romanovs(*). It becomes difficult for any one story to maintain the necessary momentum, especially since the show as usual leaps forward months or even years from one hour to the next.

(*) No, that episode was not guest-written by Matthew Weiner.

Regarding Judi Dench’s complaint, the season’s single best moment takes place entirely behind closed doors, a seeming invention of Morgan’s. On the verge of their divorce being finalized, Charles comes to Diana’s home for an informal farewell to their union. In a startlingly relaxed fashion, the two exes begin discussing the many faults in their marriage, but soon the amicable tone is replaced by the usual anger and resentment they dealt with in their years together. It’s essentially a one-act play, with dynamite performances from West and Debicki, and one that draws together various things either reported or outright said by one of them or the other. Did this exact conversation actually happen? Probably not, but it doesn’t matter, because it’s the very nature of a show like this, as the fiction is used to underscore the fact, rather than overrule it. The scene is folding what we know into an efficient, emotional package that gets across the important conflicts and themes without contradicting the larger truths of things.

Morgan has insisted that he has no interest in carrying the series to the end of Elizabeth’s life and reign. He would be missing some juicy material regarding Harry and Meghan Markle’s ugly split from the royals, but that of course has been even more open than the Charles and Diana mess. Judging by how carefully Morgan has to dance around a smaller-scale version of that this season — and how it’s not always effective when he does — this is almost certainly the right call. Season Five continues the ongoing discussion about the struggle between royal traditions and the demands of modernity. But it almost feels meta now that the new episodes are taking place in a time that resembles our own far more than the Foy and Colman seasons did. The Queen accidentally watching Beavis and Butt-Head is one thing; do we want to get to someone attempting to teach her about memes and TikTok?

Season Five of The Crown premieres November 9 on Netflix. I’ve seen all 10 episodes. 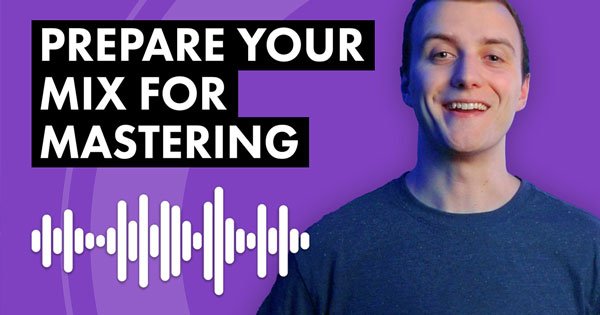 How to Prepare Your Mix for Mastering + Recommended Export Settings 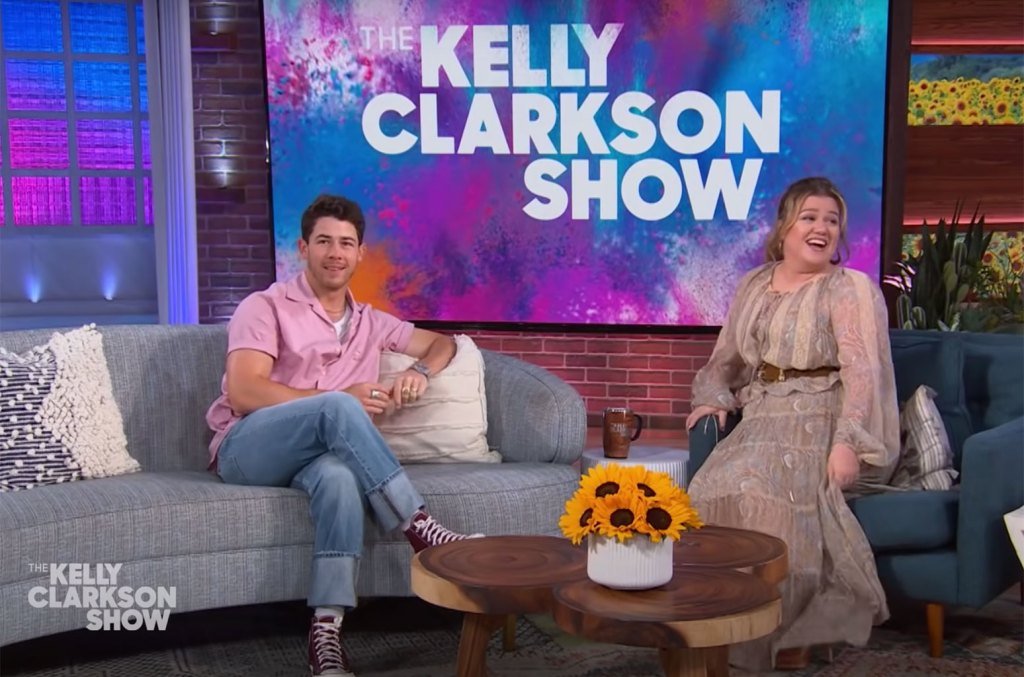 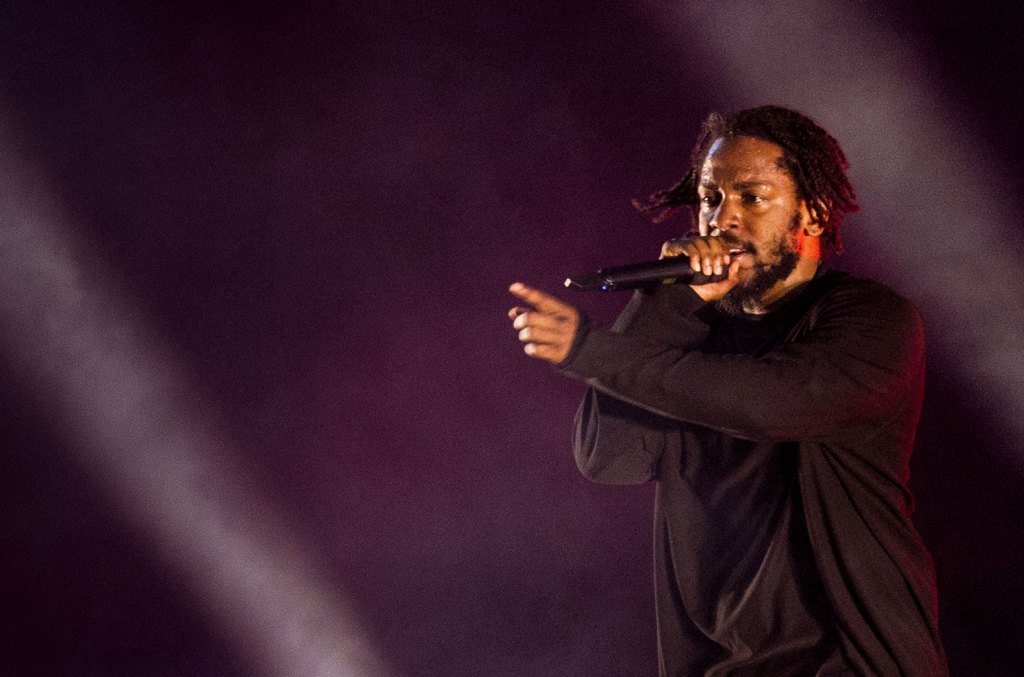