While Years & Years officially pared down to a solo project for Olly Alexander in March 2021, the dualities essential to the U.K. dance-pop outfit’s DNA have never been stronger.

On third album Night Call, which dropped January, bright pop and melancholy electronics engage in a hypnotic tug-of-war on the dance floor as Alexander soulfully muses on longing, lust and loss. The cover art also reflects that push and pull, rending Alexander as a mermaid gazing directly into your eyes and luring you to his lonely rock, conjuring the sensuality and danger intrinsic to that maritime mythos.

One of the key visuals for Years & Years’ 2022 international tour, which already hit the U.S. and continues into Portugal, Germany, Australia and beyond this fall, is another striking dichotomy – that of the public bathroom, which Alexander cites as a place of “bodily functions that we’re repulsed by” as well as “eroticism and desire” in queer culture and history. Similarly, when Olly recently celebrated his birthday by releasing a sultry acoustic cover of Lil Nas X’s “Montero (Call Me By Your Name),” it was both a pleasant surprise and exactly the kind of move we’ve come to expect from a multi-faceted artist like him.

Speaking to Billboard when Years & Years’ tour brought him Stateside, Alexander opened up on everything from his eclectic A-list collaborators (Elton John, Kylie Minogue), how he’s grown in confidence as a performer and what he thinks about Pride in our complicated landscape.

This is your first Years & Years tour now that it’s a solo project. Do you find yourself moving differently, performing differently?

As a performer I’ve grown a lot in the time I’ve been touring as Years & Years and part of that is that you just need the experience to get better (at it). I look back at some of the clips of myself and I can see how I was a little held back, so for me it’s an ongoing process of becoming more confident. I’ve always felt free on the stage but doing an album like Night Call, you need a lot of confidence and attitude. It feels more like development than a big change. It’s important for me to have people on stage with me. Mikey [Goldsworth] is still playing bass, we have incredible backup singers who are a huge part of the show, so it doesn’t feel like I’m on my own.

One of the visual components of the new Years & Years’ live show is very arresting – the whole public bathroom hookup fantasia. Where did that idea come from?

Theo Adams [director of the international performance collective Theo Adams Company/creative director of Years & Years’ tour]. I’m kind of obsessed with toilets and bathrooms as a space because I think they represent a lot. They’re sites for bodily functions that we’re repulsed by but also a space for eroticism and desire and queerness. Being a gay guy, the first time I’d conceptualized what gayness was was seeing these notes written in toilet cubicles. In Europe we have toilets and dancers on stage, but we couldn’t bring toilet cubicles to America; sadly, we couldn’t fit ’em on the plane. But we made sure we could film them so there was a visual consistency to bring in that part of the show. One day I’ll bring the whole circus (to America).

I’m assuming the toilets are props, not decommissioned after being in service?

We’re taking some of these cubicles to festivals and I’m worried someone will think it’s a real toilet and use it and then mid-show I’ll be like, “wait…”

The deluxe edition of Night Call has not one but two Kylie Minogue collaborations, “A Second to Midnight” and “Starstruck.” How did those come about?

I first met her in 2015 when we supported her in a show in Hyde Park. She was an early supporter of Years & Years and we crossed paths a few times, I sung with her for her Christmas show in 2016. At the start of the pandemic, when I put “Starstruck” out, I said, “would you be up for being on the song?” She said “yes” and I was just so unbelievably happy and surprised. Then she was re-releasing [her 2020 album] Disco and I had been working on this song, but I hadn’t finished it, called “A Second to Midnight.” She heard it and did her thing with it in Australia. We did it remotely.

What does she mean to you?

I’ve idolized her since I was a kid, but working with her, she’s got such a kind, generous nature. She makes you feel special and is so down to earth. She reassured me in many ways because I had a lot of nerves coming back as a solo artist after the pandemic. She talked to me a lot about that. She listened to me, shared her own experiences and how she still feels nervous sometimes. That meant a lot to me to share that with her. She has so much humanity to her.

I wanted to ask about the amazing cover art for Night Call, which depicts you as a mermaid. Or a merman?

I call her a mermaid. We’re f–king with gender. I love mermaids because I love what they represent: Half-woman, half-fish, they live in the sea but are on land, they’re always in between. She’s this doomed siren in the ocean on the rocks luring these sailors to their death. I’ve been inspired by that as a metaphor for songwriting and being an artist. When it came to Night Call, I wanted to be a mermaid in a music video, but it required too much budget. So I settled for the album cover and she was a muse in a way. It was like her revenge — she was having a really good time from her rock.

Like so many others, I was knocked out by your performance with Elton John at the 2021 Brits, duetting on Pet Shop Boys’ “It’s a Sin.” I’m assuming they gave their blessing for the cover?

They did. I love Neil [Tennant] and Chris [Lowe] so much. Neil, I owe him a lot. He’s such a wonderful man and is always in touch.

So how did that come about? Just because it’s a tie-in to the TV series you did called It’s a Sin?

[Elton] watched the TV show It’s a Sin and really loved it and he got in touch with everyone from the cast and crew to tell them how much he loved it. Then it came from his brain: “Let’s do it at the Brits!” And Elton can make that happen. I just got a call out of the blue. First, he was telling me how much he loved the show, then I was on his radio show, and the next time I got a call asking if I wanted to do it on the Brits. And I said, “of course, can I lie on your piano?” That was the first thing I said. I just knew I had to be on the piano. Bless him.

Did you have nerves going into it?

Yeah, I was sick with nerves. I cried. We all shed a lot of tears.

I’m assuming they were good tears after you absolutely destroyed it on stage?

For sure. Theo Adams was involved, everyone put everything into it. Elton is so good at this: He’s so good at collaborating with other artists and sharing and lifting up other artists because he’s such a f–king legend. To be a part of that legacy with him was extraordinary. He’s elite. It doesn’t get much better. After we did it, he was like, “You lifted your game, I lifted my game, we both were there.” For the rest of my life, I’ll get to have that moment.

You received amazing reviews for your performance as Ritchie in It’s a Sin. Do you have the acting bug now? Are you looking at other roles?

I would love to do something else, but I don’t know what it would be. It was such a good role and such a good project. Lots of things I love to watch require multiple years of contracts, and I’m already in a contract, I don’t want to be in another one. I feel like I’m a musician who pretends to be an actor every now and then.

Do you have new music on the horizon?

Yeah, I want to make more music and get on with it fairly quickly. Most artists are the same. You spend so much time on something, it’s a labor of love, then you’re touring it, then you just wanna do the next thing. But I’m very happy to be doing the show this year in different places and hopefully in between I’ll get some music done.

What inspires you in your free time?

I have no free time. All I do is wait until I go to the next show. [laughs] It does feel like that. Just putting together a tour in the age of post Brexit and post pandemic in the U.K., the industry has changed. There are so many new challenges all the time. This time around I’m so much more involved because it really is like a solo project.

If you get free time, what are you gonna do?

Well, I have a boyfriend who I love and we’re going on holiday hopefully soon.

You headlined at WeHo Pride in June, which I heard was amazing. What are your thoughts on Pride Month performances? On one hand, LGBTQ artists get a spotlight and work, but on the other hand there’s always the feeling of, “well, why shouldn’t it be this way year-round?”

I have a lot of feelings. It’s complicated. It’s unavoidable now. And there’s a tension between the rampant commercialization and corporatization but also I’m really aware that if you talk to someone who has been around a bit longer, they could never have imagined that banks would have rainbow flags. Even now: I was meeting people in WeHo Pride and they were like “this is my first ever Pride.” You could be at any age and discovering your sexuality or whatever.

But, of course, that doesn’t mean equal progress. For queer people, everyone has a slightly different relationship to Pride Month regardless of how they feel about all the rainbows in the windows and branding. It’s a bit of a headf–k. It’s the time you’re going to get booked the most, and for me, a random example – while I wouldn’t judge someone who takes a brand opportunity — but if you’re a brand and you want me to do something Pride related, it’s not enough. You need to do something for the rest of the year to show me you actually give a sh-t. Regardless of all of that, Pride is so important and it will remain so. But you have to have these conversations each time. 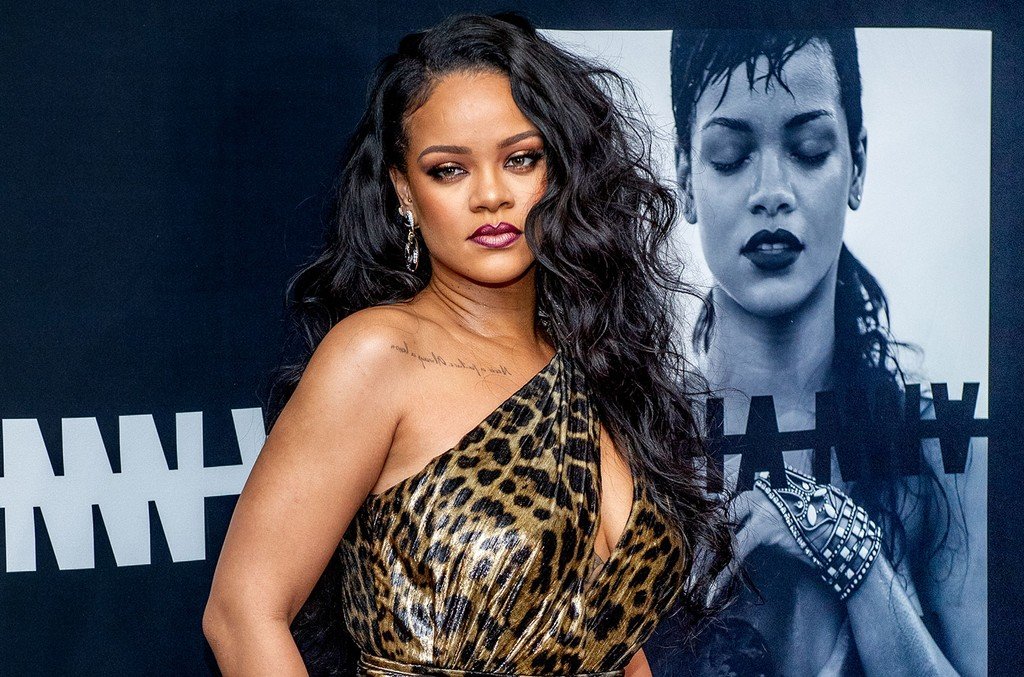 This Is What Rihanna Thinks of Donald Trump 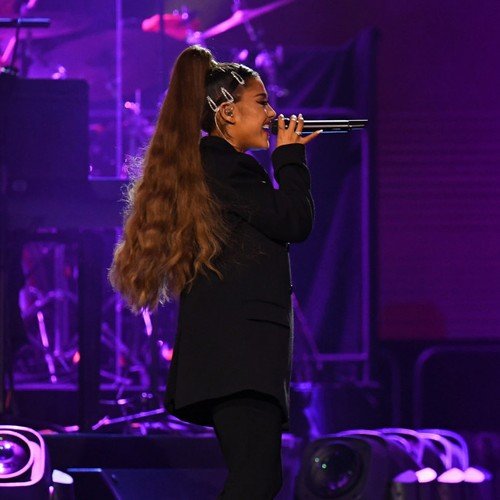 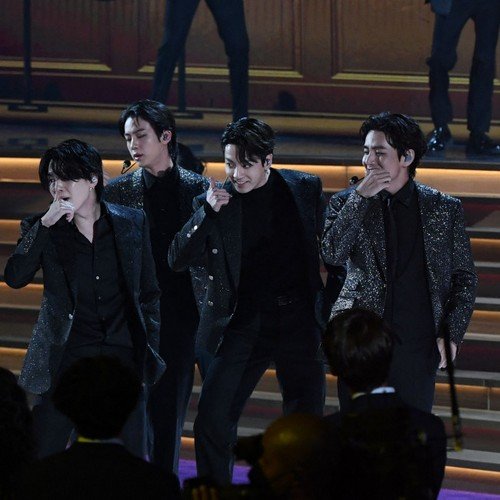 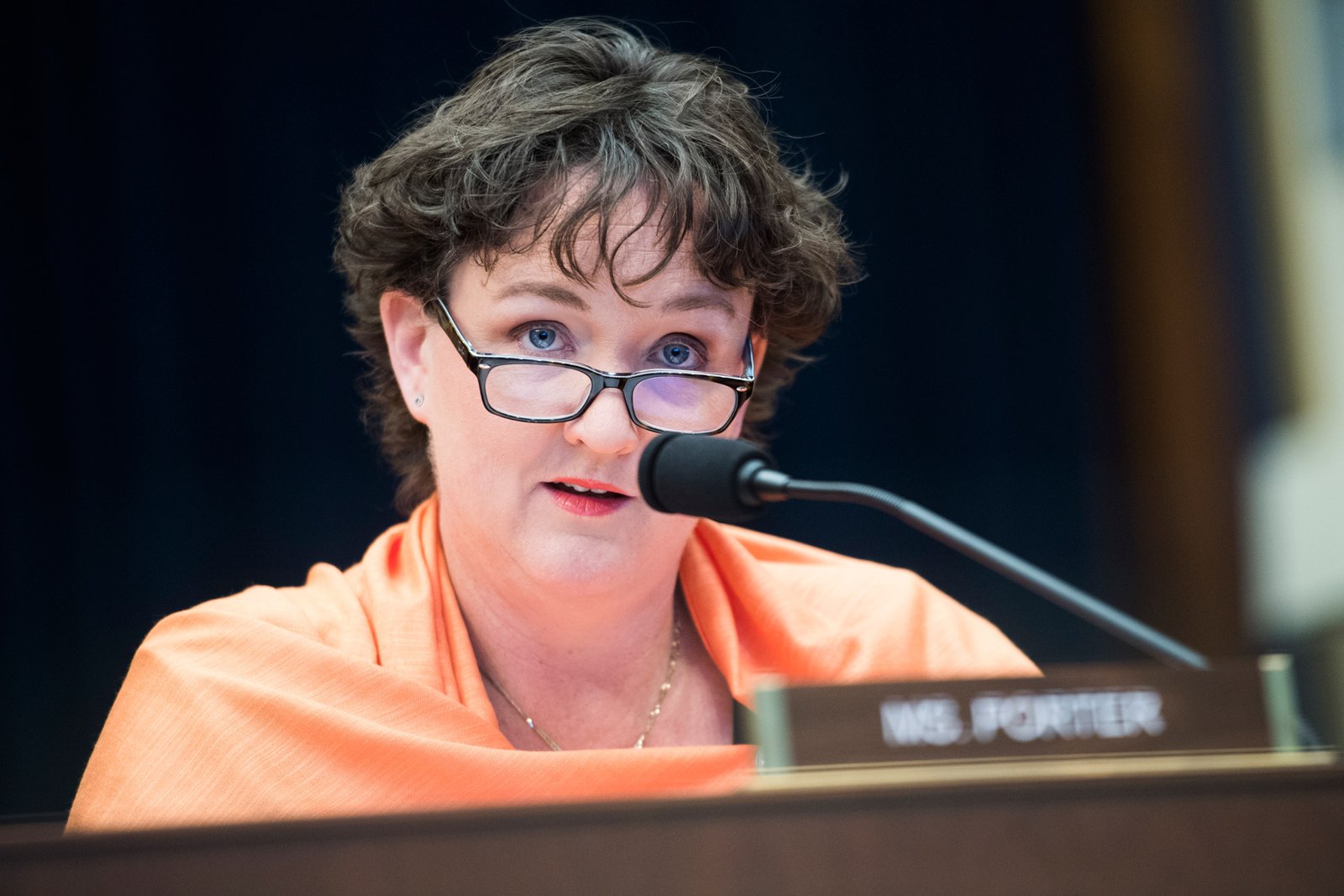