Rauw Alejandro has been known to spin off in unexpected directions. The Puerto Rican star, recognized for his quick-footed, anti-gravity choreography, has danced his way through a dizzying mix of genres: Risque, racy raps on his two-part EP Trap Cake, thudding old-school reggaeton on Afrodisiaco. Last year’s Vice Versa was his biggest triumph yet, a sharp sophomore effort that somersaulted between pop, drum ‘n’ bass, and Brazilian funke while delivering the mammoth hit “Todo De Ti,” which is nominated for Record of the Year and Song of the Year at this year’s Latin Grammy Awards. Such success left his rabid base of screaming fans wondering one thing: Where would Rauw go next?

The answer, it turns out, is another planet. His third album Saturno is a transmission from some brave new world in outer space, built on silvery synths, slick dancefloors, and Eighties and Nineties techno glitter. It’s not totally unexplored territory: The album fits into pop’s post-pandemic fascination with euphoric club sounds, roving in the same universe as The Weeknd’s Dawn FM and Dua Lipa’s Future Nostalgia. But Rauw has found a spot in the cosmos that’s distinctly his, shaping Saturno into an electro-lit, nocturnal haven that also runs on reggaeton. Rauw picks up influences from across Puerto Rico, and adds leftover pop stardust from “Todo De Ti,” rocketing listeners into the expanses of his imagination. 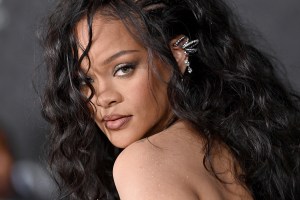 The main strength of Saturno is that it shows just how adept Rauw is at world-building. Little skits and interludes, such as “Rauleeto,” made up of voicemails from Rauw’s friends wondering where he’s gone, shape a neat plotline about the artist getting lost in some unknown galaxy. The album’s aesthetic identity is full of edgy blue aliens, cyberpunk suits, and pearly spacecrafts. He’s good at piecing sonic moods and colors into cohesive concepts, maximizing sleek visuals, intricate choreography, and deep-rooted references to bring stories alive. One of the best examples might be “Punto 40,” a revival of a Nineties hit by Puerto Rican duo Baby Rasta Y Gringo. Rauw actually brings Baby Rasta onboard for a verse, and also pulls in the track’s original producer, the legendary DJ Playero, who makes cameos elsewhere on Saturno. It’s reggaeton futurism that acknowledges the music’s history; it’s also a nod to how reggaeton and electronic genres have been in conversation with one another for decades. On the slippery standout “Cazadores,” Rauw tips his hat to the rapper Arcangel and his style of perreo galactico, a nickname for spacey, 2000s-era reggaeton.

The allure of electronic sounds has only gotten stronger over the last few years, with artists from Bad Bunny to Farruko stretching the possibilities of EDM inspiration. Rauw himself has carved out different avenues into such styles in the past, first powering the 2020 track “Química” with voltaic house production from DJs the Martinez Brothers and experimenting with drum ‘n’ bass fireworks on last year’s standout “¿Cuándo Fue?” Saturno is a little smoother, feeling like a more refined version of something he’s been after for a while. Songs such as “Dime Quien???” and “No Me Sueltes” are kinetic, purposeful, and confident in their pop direction; if anyone is worried that it’s all too glossy for the scene he inhabits, Rauw doesn’t seem to care. Just in case, though, he gets Playero back for “Dejau,” a quick reminder that these kinds of experiments often expand rather than dilute what we hear in the genre.

Rauw, who co-produced the album with frequent collaborators like Mr. NaisGai and Tainy, constantly finds new avenues into his music: He’s joined by a harem of female voices — and a Susana Estrada sample — on “Mas De Una Vez,” and incorporates explosive techno breaks on  “Verde Menta.” His tendency to be self-referential feels playful, rather than repetitive, as he riffs on past releases and sounds that have surrounded him (the catchy “Corazon Despeinado” starts with the line “Chica, que dices?,” borrowed from his girlfriend Rosalia’s “Saoko”). But if there’s one part of the album that feels airless, it’s the lyrical composition. Rauw has been playing the come-hither lothario for so long that it can border on cringe, like on “Que Rico Ch**ngamos.” The song works when its understood as an extension of its his overtly sexual “2/Catorce;” on its own, it feels flat. For someone bursting with concepts and audiovisual ideas, there’s so much more thematically for him to try.

“De Carolina,” another Playero special, is far more dynamic, with the lyrics stretching beyond his standard fare and paying homage to his home. It would serve as a worthy introduction to any extraterrestrial beings ready to party on Saturn; back home, the thrilling, bass-heavy mash-up of influences makes it exciting to guess where Rauw’s sonic wayfaring might take him in the future. Highlights From The Rehearsals – Billboard